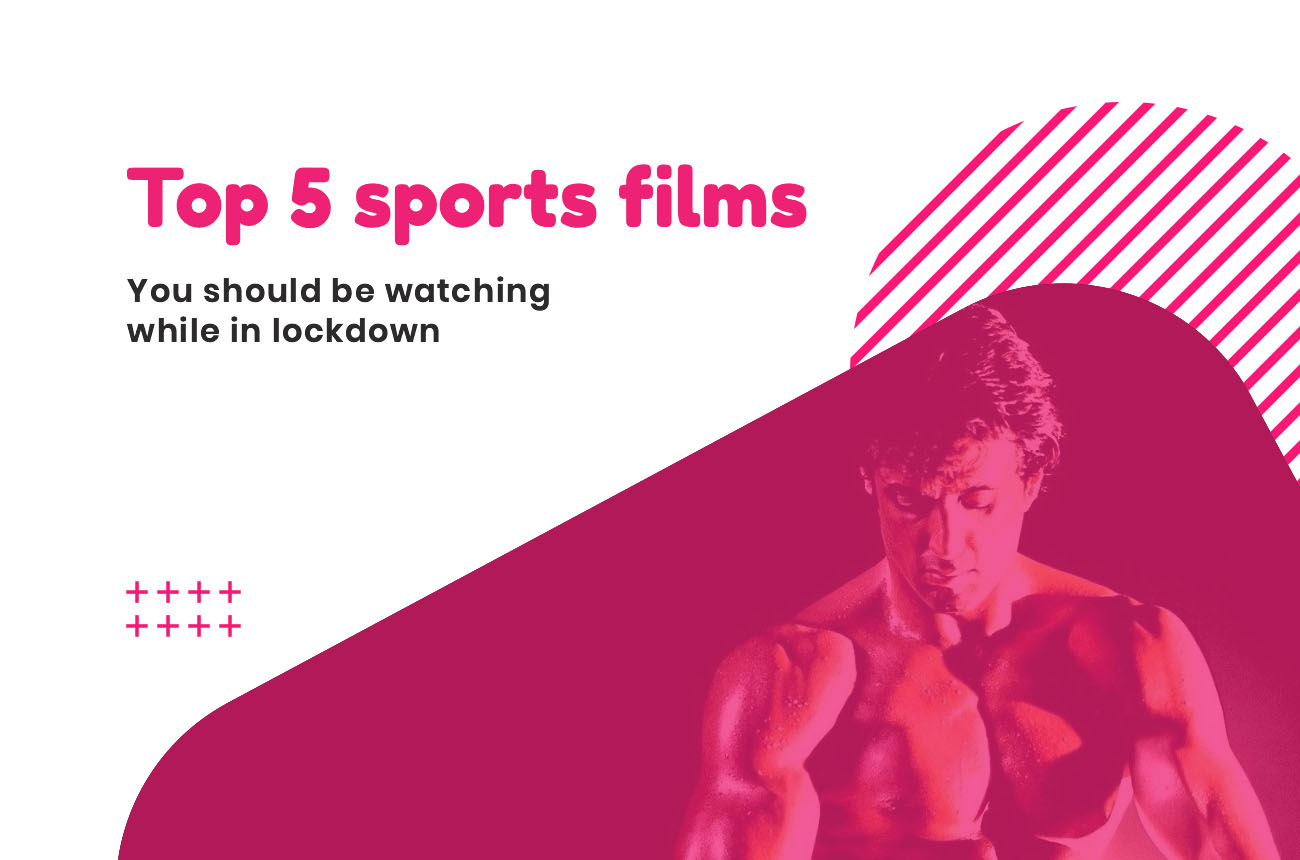 Top 5 sports films you should be watching in lockdown

In an ideal world, the sun and warm weather of early spring would encourage articles on getting outdoors to your nearest sporting or fitness activity.

However, at the moment this is not an ideal world.

So instead, we’ve decided to make a list of our top films, documentaries and sporting events to watch while getting active outdoors is not a possibility.

Here’s our top five sports films to watch during the lockdown.

With a classic lead character, a classic soundtrack and a classic workout montage, it’s fair to say that Rocky is a classic sports film.

The true underdog story is certainly worth a watch to get you to running down streets and up large pubic staircases in between intense gym workouts.

A story about achieving greatness in a team and an iconic Samuel L Jackson performance, what more could you ask for?

Based on a true story, Coach Carter follows the unusual methods of a high school basketball coach in not only achieving sporting greatness, but also shaping his players from boys into men.

A perfect film for showing that sport is about so much more than winning, we’d definitely recommend giving it a watch.

If you have a fear of heights, you might want to give this one a miss.

But for everyone else, Free Solo is a jaw dropping documentary following rock climber Alex Honnold’s attempts to become the first ever person to climb ‘El Capitan’, a 900-meter rock face, without the aid of safety ropes.

We don’t know if watching this will make you want to start climbing, or never see a rock face again, but this oscar winning documentary is an inspiring piece of filmmaking.

One of the lesser well known sports events on our list, but non the less motivating.

Fittest on Earth follows the Crossfit games, held annually in the USA to find the fittest man and woman on Earth.

The feats of fitness, strength and commitment are mind-blowing to watch, and will almost certainly make you want to get up and start throwing some weights around.

Fortunately, Netflix has individual documentaries on each of the last five crossfit games, so there’s plenty of fitness fun to binge on.

Finally, with the Japan 2020 Olympics being pushed back a year and the UK needing a much needed pick me up, we think that a rewatch of the London 2012 opening ceremony is a perfect mix of nationalism and sporting achievement.

Under the direction of multi-award winner Danny Boyle, the opening ceremony offers 3 hours of British history, classic sporting stories and plenty of pop culture and nostalgia.

So there you have it, five films guaranteeing at least a couple of hours entertainment and motivation.

But of course, this list isn’t comprehensive, so we want to hear some of your favourite sporting films, documentaries and events, so let us know in the comments.