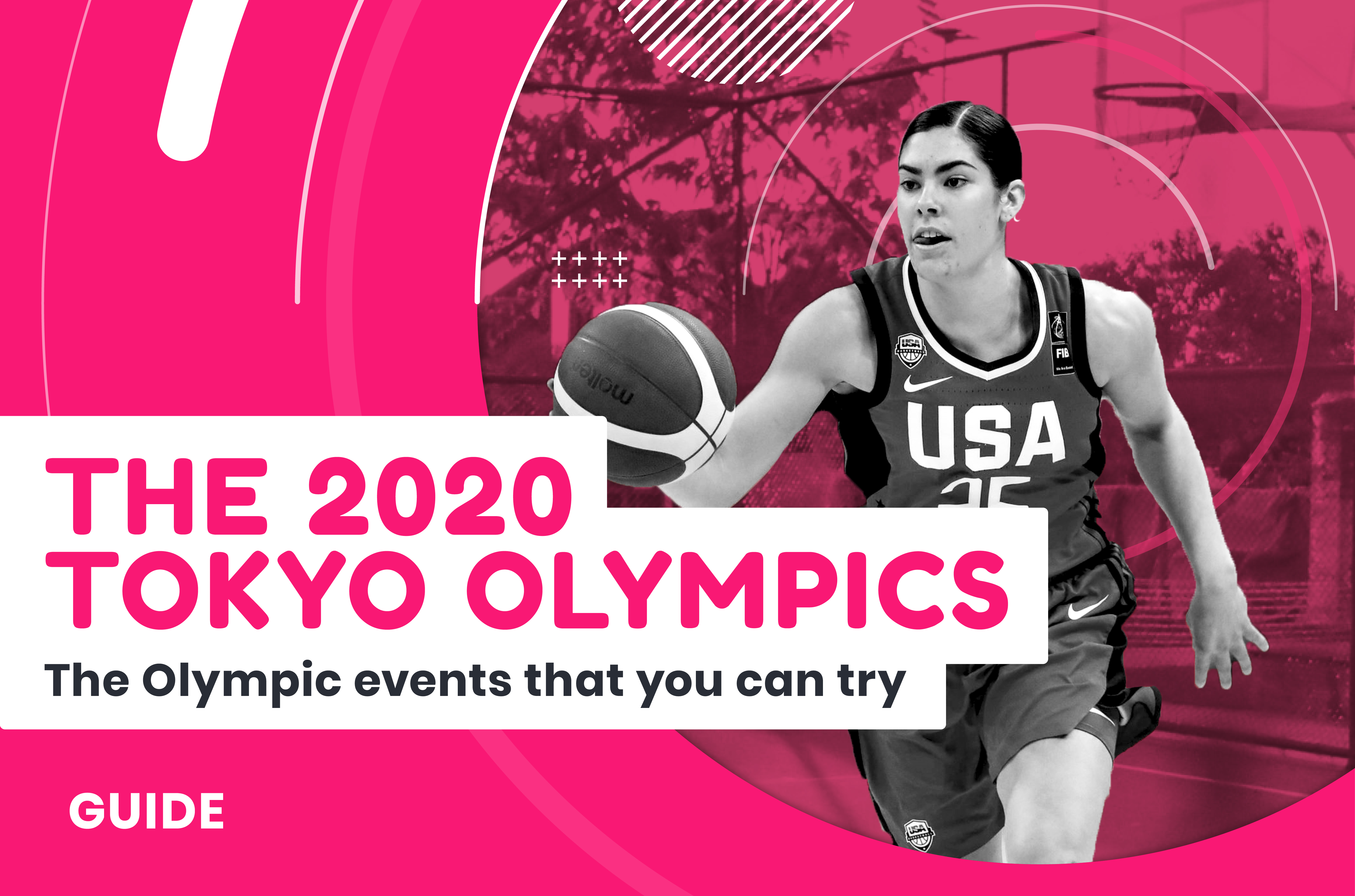 With the 2020 Tokyo Olympics in full swing, we’ve decided to give a guide of our showcase events, and let you know where to try them out for yourself.

Despite an unprecedented five year absence, the Olympics are undoubtedly the biggest and most highly anticipated sporting event in the world.

Showcasing a range of sports rarely seen on mainstream tv, the Olympic Games are a driving force for inspiring a future generation to get active.

From triathlon to track & field, beach volleyball to basketball, there’s an event for everyone to enjoy.

But if you’re wanting to try out a sport seen on the screen, where can you go to get involved?

To help out, we’ve highlighted some of the more interesting events from this year's 2020 Tokyo Olympics, along with the local groups where you can give it a go.

As one of the five new sports added to this year's Olympic programme, skateboarding is certain to catch the eye of many newcomers.

Featuring two disciplines, Street and Park (slightly different courses to allow for a variety of tricks) for men and women, the athletes will be scored based on their runs, with four gold medals being given out over four days.

Sky Brown, one of Team GB’s youngest ever Olympians, aged just 13, will be taking part in the event, meaning there’s sure to be an influx of young people wanting to be involved.

As a sport far from the mainstream of Sky and BT, the Olympics offer events like water polo the perfect chance to shine.

And with swimming being one the most popular fitness activities in the country, maybe it’s time for more people to get involved.

Played in teams of seven, water polo is divided into four, eight minutes quarters, with the aim to score the ball into your opponent's goal.

So if you’re already a capable swimmer and want to try something a bit different, why not give water polo a try?

Where to take part  - Manchester Sharks, City of Manchester

Another sport new to the Olympics this year, climbing will be split into three categories; speed, bouldering and lead.

Plenty of opportunity to watch and learn, but why should you get involved in the sport?

With routes at climbing centres designed for complete beginners and experienced climbers alike, it’s a sport for any abilities and ages.

Where to take part - Depot Climbing Centre, Rock Over Climbing

Of course, we couldn’t feature an Olympic events guide without mentioning basketball, but for Tokyo 2020, the sport has added a brand new event.

While Basketball has been a staple of the Olympics since 1936, a new addition has been added to Tokyo 2020 in the shape of 3x3 basketball.

The difference, teams of three players are placed on a half-court with one basket, lending to a more simplified, action-pack spectacle of the sport.

And a simplified game means greater opportunity for people to try it out for themselves!

BMX is one of the most intense events in the Olympics, with athletes attempting to race around a track of tight turns and jumps as fast as possible.

Therefore, not only is this sport great to watch, but is also great to take part in for anyone who enjoys an intense, competitive form of activity.

While volleyball might be associated with a family holiday or day at the beach here in the UK, the sport is actually much more competitive.

With a huge following in America and Europe, the sport has been present in 15 Olympic games.

Key to volleyball is mastering your bump, volley and spike, the three types of hits you can make at the ball.

Now It's Your Turn

Which events have we missed out?

If you're looking forward to watching your favourite sport at the Olympics over the next few weeks, and attend a local session too, don’t hesitate to let us know!