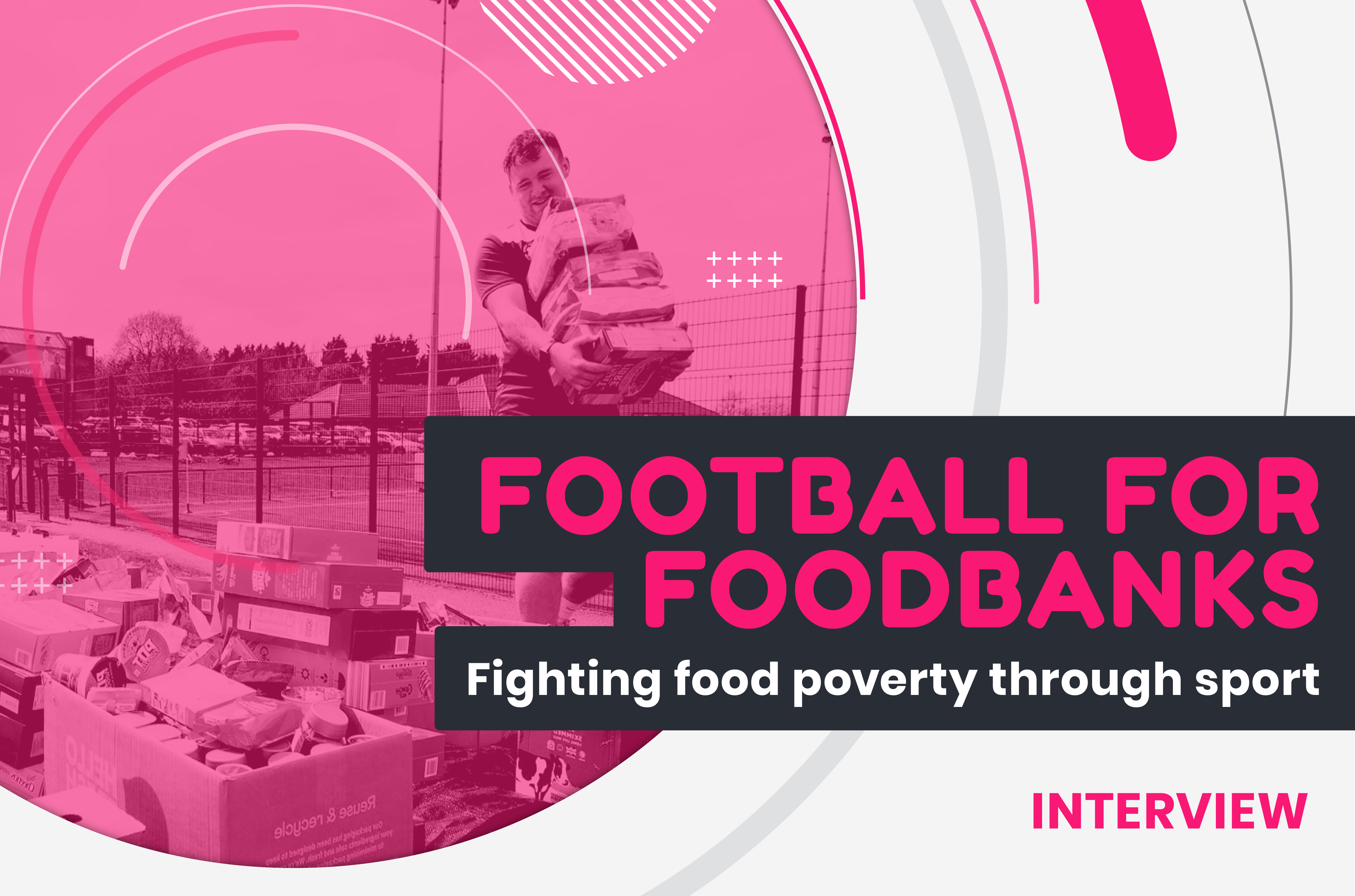 With the weight of lockdown putting a strain on food banks across the country, we spoke to Football for Foodbanks, a football community based in Manchester aiming to create inclusive sessions, while also combating the issue of food poverty.

When it comes to the issue of fighting food poverty, amateur football isn’t the first place you’d expect help to come from.

But after such a tough year, providing the most vulnerable with basic necessities is proving harder than ever.

According to the Manchester Evening News, support in the wake of the coronavirus has ‘fallen massively short’ of what is needed to ensure the most vulnerable families have enough to eat, leaving many food banks on the brink.

That’s why one amateur football community is attempting to fill in these shortcomings with a truly unique outlook on session fees.

To get some more information, we spoke to Tom Moore, member and director of Football for Foodbanks Manchester divisions, who told us how they are using their sessions to combat a food bank crisis within the city.

“We started last year in Sheffield, initially as a way of getting people playing football again after the first lockdown,” Tom told us.

“But we also saw this massive added pressure to local food banks because of the pandemic and people on furlough not having the same access to help.

“So we thought it was a good time to add a mix of inclusive football with the opportunity to give to a good cause.”

Our Manchester divisions are off the ground! pic.twitter.com/vhM4rhBd0a

Created during lockdown, Football for Foodbanks host multiple sessions a week in Manchester and Sheffield.

Pretty straightforward… Well, the unique thing about the group is that a percentage of each individual match fee is given to local food banks.

More specifically, all the money saved from sessions at the end of each month gets spent on one big food shop, which is then given to those in need in the local community.

In 2021 alone, 200 bags of food and toiletries have been donated through their match fees.

Something which has been needed more than ever in Manchester.

"when you play with us, you will also be feeding the less fortunate across your city"

“There is an issue in Manchester but in the country more broadly, you see people like Marcus Rashford having to fight to tell the government that no child should go to bed hungry.” Tom continued.

“When we looked up what was happening in terms of food banks, it was quite shocking.

“In Greater Manchester alone, 620,000 are living in poverty and 200,000 children are living in households below the poverty line.

“So you can see the sheer quantity of help that is needed and we felt it was imminent something like Football for Foodbanks had to be started.”

We are coming. Just us for a casual game of football here: https://t.co/GYsnqbsRef pic.twitter.com/cFqJD5kdvR

Helping food banks isn’t the only issue they are trying to combat with their sessions.

From experienced players coming back from injury to people who have never kicked a ball before, Football for Foodbanks aims to make their sessions truly inclusive for anyone to join.

Further shown by selling 100 pairs of rainbow laces for Stonewall UK, the community is welcoming of all players regardless of ability, gender or sexual orientation.

"We welcome players that are not very good with open arms"

“The players we tend to get are people who have had big injuries and have lost a bit of confidence,” Tom told us.

“They don’t want to go down the local Powerleague 5-a-side with people who are overly competitive and want to snap your leg off.

“We’ve even had players attend who haven't even kicked a football before.

“We are there to have a run around and have some fun. To use an overused term it’s a safe space to come and play football for the first time.

“And also we offer a reduced rate to anybody who is on universal credit.

“The last thing we want is for people to not come and get active because they feel they can’t afford it.”

Saturdays are for putting it into the top corner pic.twitter.com/K58QGm6q2F

By combining a truly inclusive atmosphere to their sessions, along with the knowledge that every session you attend helps a local food bank, Football for Foodbanks have created something completely unique.

With a combination of both men’s and women’s matches, all catered for different abilities, the sessions ensure that anyone can come and get active.

And in the future, the community are aiming to expand even further.

Planning for the future

“At the moment we’re based in south Manchester, but are in touch with GLL (Greenwich Leisure Ltd) to get facilities available in the centre and north of the city.”

“We want to spread our donations too, as we expand over the year we’ll be looking at putting on a game every night and supporting more food banks.

“And any way we can create partnerships with other clubs around the city would be beneficial too.

“Ultimately, we want to help more people to get into football, into sport and improve their health and wellbeing while also supporting food banks in Greater Manchester.”

With over 2.5 million people having used food banks last year, it’s clear to see the importance of Football for Foodbanks.

Here at Orfi Active, seeing a sports group not only support inclusivity in football, but also using sport as a vehicle for a good cause is great to see.

Costing just £4 per session, you can find more information for Football for Foodbanks on their Facebook group or website.