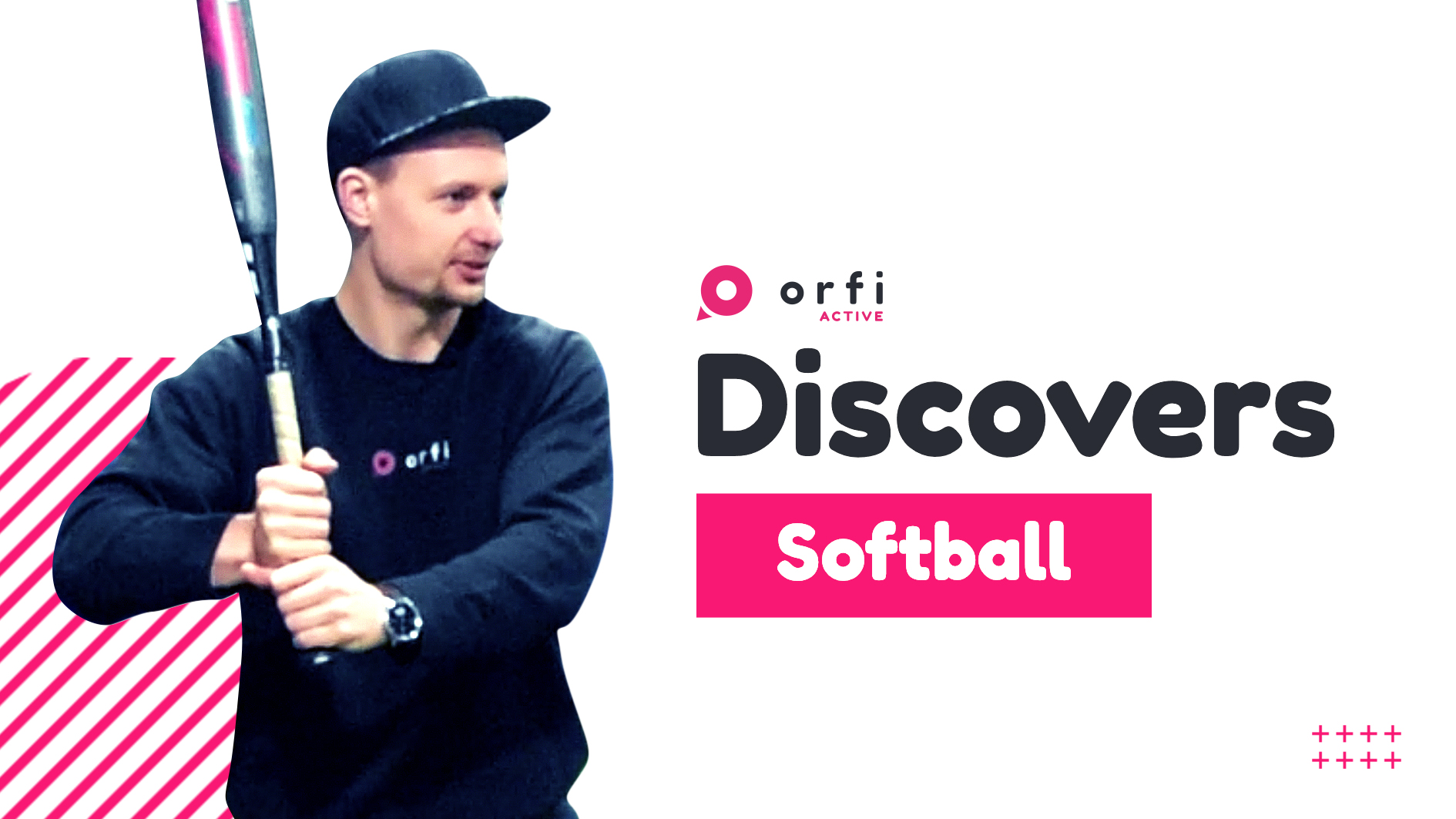 Welcome to the companion blog to our Orfi Discovers series, in which we explore sports activities and fitness classes that you may not have heard of, but we think you’d love. This time out, we discovered softball, a sport popular across the pond in the USA, but making a big splash here in the UK.

Created in 1887 in the USA, softball is a team sport in which the basic aim is to outscore your opponents by hitting a ball and collecting runs.

Think baseball, but with a smaller bat and bigger ball, making it easier, in theory, to hit the ball.

Softball can either be played in a fast-pitched or slow-pitched format, with the main difference coming from the way the ball is thrown to the batter.

Described by British Softball as a ‘popular and easily accessible format of baseball’, the sport has grown quickly in the UK, with summer leagues and tournaments taking place outdoors, as well as indoor winter leagues across the country.

One of these indoor leagues is where we wanted to try out the sport, which is why we headed to the Manchester indoor softball league to take part in one of their development sessions.

But first, we spoke to Linni and Luis, coaches of the development sessions, to get a better understanding of what we could expect.

“Softball is definitely for everybody,” they told us.

“We get all sorts of people coming down, adults who hated P.E as a kid come and give this a try and can’t believe they can do it.

“Any skills, any level, any age can play, we have people that are 65 years old playing in the same team as a 15 year olds.

“It’s a mixed sport, which is a really big plus for softball and it’s inclusivity.

“Over here (the UK) everybody is new to the sport, so there’s no excuses for not giving it a go, so come and try it out.”

Now it was time to try it out for ourselves, here’s what we thought.

Getting started in softball

The first thing we noticed was that softball has its own specific positions and skill sets within each team, catering for different levels of fitness and abilities.

Take fielding for example, if you want to run around chasing after the ball as a fielder, you can.

But for a slightly slower pace, position yourself on one of the four bases.

Add to that the pitcher (bowler), batter and catcher (fielder behind the batter) and you’ve got a sport that truly caters to a range of different capabilities.

In our Discovers series, we are always impressed with the community of our newfound sport, and softball was no different.

The development session was extremely laid-back, and most importantly forgiving of the occasional dropped catch, bad throw or run out.

Rookie session each Tuesday, come along and join us

Thanks to people such as Linni, starting out in the sport couldn’t have been more relaxing.

As for the competitive games, while being intense and fast-paced, members of different teams were still able to have fun and communicate during the games.

We’ll admit, the first five minutes of our introductory game were pretty challenging.

Getting to grips with rules takes some getting used to, along with knowing where to throw the ball, when to run and how to catch.

Be prepared for some confusion early on, but after a while, everything begins to make sense.

When you start getting into the swing of things, the game truly comes alive as a tactical, fast-paced sport.

Softball in the Olympics

This summer should have been a breakthrough year for softball.

But with the olympics pushed back until the summer of 2021, it’s going to be another year until people across the country can see softball, possibly for the first time, on live TV.

Clearly though, the inclusion of softball as a new olympic sport marks it as an activity to look out for in the future, with a huge buzz for the sport to come after Tokyo 2021.

We certainly can’t wait to see international softball at its highest level.

In a country more commonly associated with popular bat and ball sports such as rounders and cricket, it was great to see a new, inclusive activity in the UK.

For us, it’s a sport with a ton of potential, as a mixed-sex sport set to feature in the 2021 Olympics, we wouldn’t be suprised to see more teams and events popping up in the near future.

A game that gets your heart racing, but is still accessible to people of all ages and genders, we’d certainly recommend finding a session near you after lockdown has ended.

Search for softball on the Orfi Active app, or our new web app and you’ll be hitting home runs in no time.