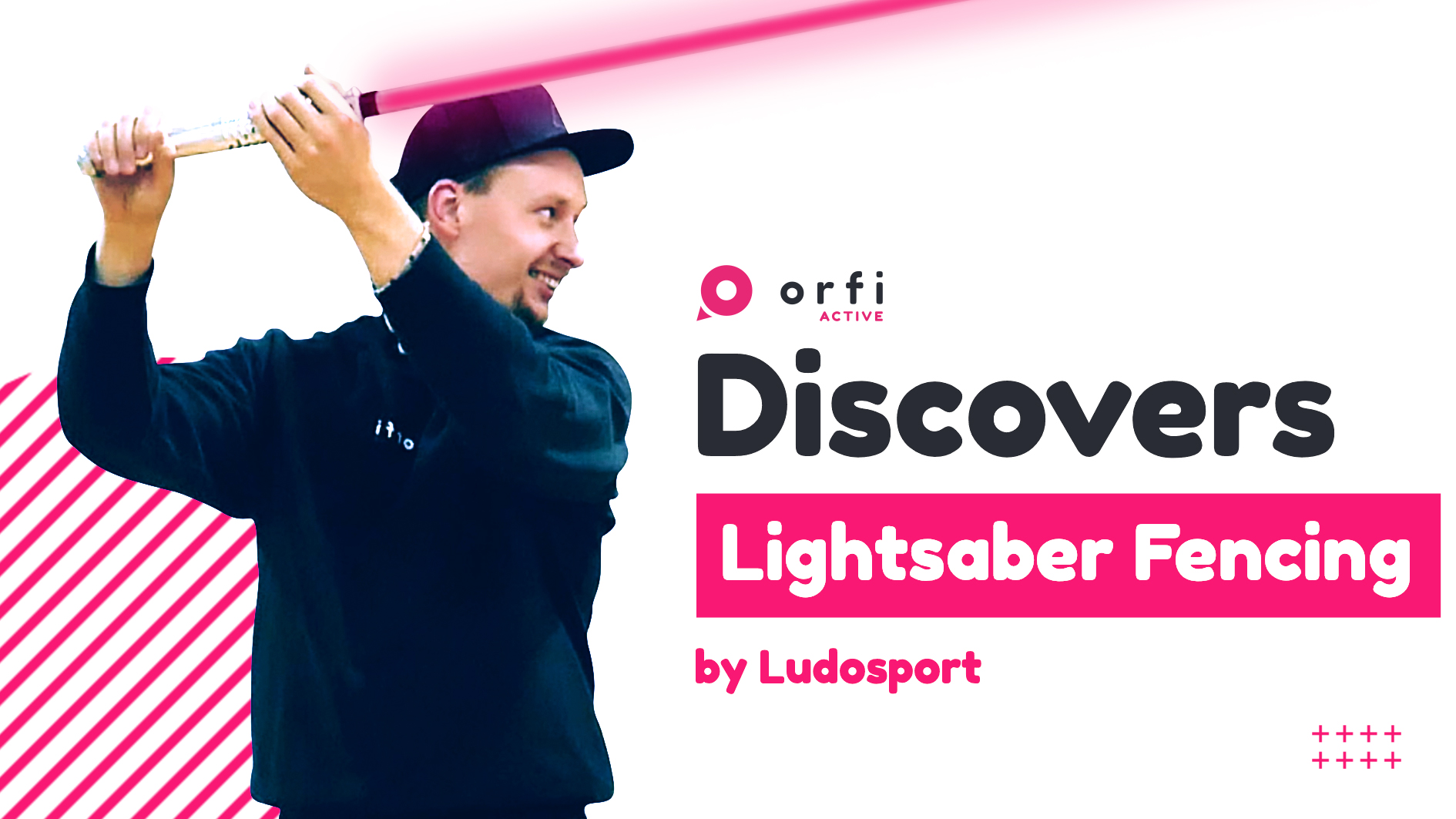 Welcome to the companion blog to our Orfi Discovers series, in which we explore sports activities and fitness classes that you may not have heard of, but we think you’d love. This time, we tried out a sport taken directly from a galaxy far far away, lightsaber fencing.

The History of Lightsaber fencing

If you’ve heard of star wars, then you’ll probably have an idea of how lightsaber fencing looks.

Two competitors duel with a saber, aiming to strike each other with the blade in a number of different ways.

Attacks and movements can take years to master, with new forms and techniques constantly being updated and improved.

And this is all taught under the official name of lightsaber fencing, ludosport.

LudoSport UK thanks and salutes all NHS staff and Key workers who are doing so much at this time to keep the country safe! Make sure you stay at home and follow the government advice on social distancing, it will help save lives! 📸: Chloe Neville

Ludosport was first created in Milan, Italy by three friends with a passion for combat sport with a blade of pure energy.

But to get a better insight into how ludosport is run, we spoke to Dan Sammons, Instructor at LudosportUK.

“The total thing is called ludosport and it's lightsaber fencing,” Dan told us.

“So we basically duel using lightsabers.

“We have multiple different styles and it usually consists of a 1-on-1 battle between two athletes to score points in different regions of the body.

“The sport is a lot of fun, I mean we are waving around glow-sticks, you know it’s always going to be a bit of a laugh.

“In ludosport, ludo means to play, so the whole idea is that we are having fun, we are playing.”

But is ludosport something you should seek out and try? We went to a beginners session in Manchester to find out.

Although it may have some connections to fencing, we guarantee that you’ve never tried anything like ludosport before.

We might not be huge star wars fans, but holding a lightsaber for the first time felt pretty exciting, and learning the patterns of attack, defence and movement are extremely satisfying.

Fans of star wars can live out their dreams, while newcomers can quickly pick up something new.

It’s truly a sport with something for everyone.

You don't have to be ‘sporty’

The beauty of a sport associated with a well known science fiction franchise is that it attracts people to an active lifestyle who might not normally be active.

Without wanting to stereotype, an active lifestyle and sci-fi don’t normally go hand in hand.

So, ludosport provides people with an access to something that is primarily fun and enjoyable, but also happens to help you get active and healthy, allowing new people to get into sports and fitness.

As for learning the sport itself, well at first it might seem like a lot to take in.

Learning the different ways to attack and defend may be hard to remember, but lessons consist of repetition until you get it right.

It’s also worth mentioning that new ways of striking and defending are still being mastered today, so there’s a lot of room to invent your own style and creativity within the new sport.

Who knows, after a few months in the sport you could be teaching your very own techniques, something that would not be the case in a lot of other sports.

A great community of like-minded people

After the session, we invited Dan to have a more in-depth chat with us on our Orfi Hangouts podcast series, in which he was particularly enthusiastic about the ludosport community.

“So I started ludosport because over the years friendship groups had shrunk so I wanted to meet some new people who are like minded,” Dan informed us.

“I came to this and met all these people who are amazing and it’s become a massive extended family.

“It’s gotten to a point where I know I can go to Sweden, Spain or Italy and I know I'll have somewhere to stay because it’s people that I’ve met through this sport.

“I don't think you could get that with many other sports.”

Well, ludosport was certainly the most unique sport we’ve ever tried.

Having to hold and master a meter long glow-stick while getting active was certainly a new experience, but one we’d definitely recommend.

If you’re a fan of star wars, or are just simply looking for a fun way to get fit and healthy, ludosport is the sport for you.

Fortunately, ludosport beginners sessions are available to join on the Orfi Active app, so what are you waiting for, may the force be with you in getting active!