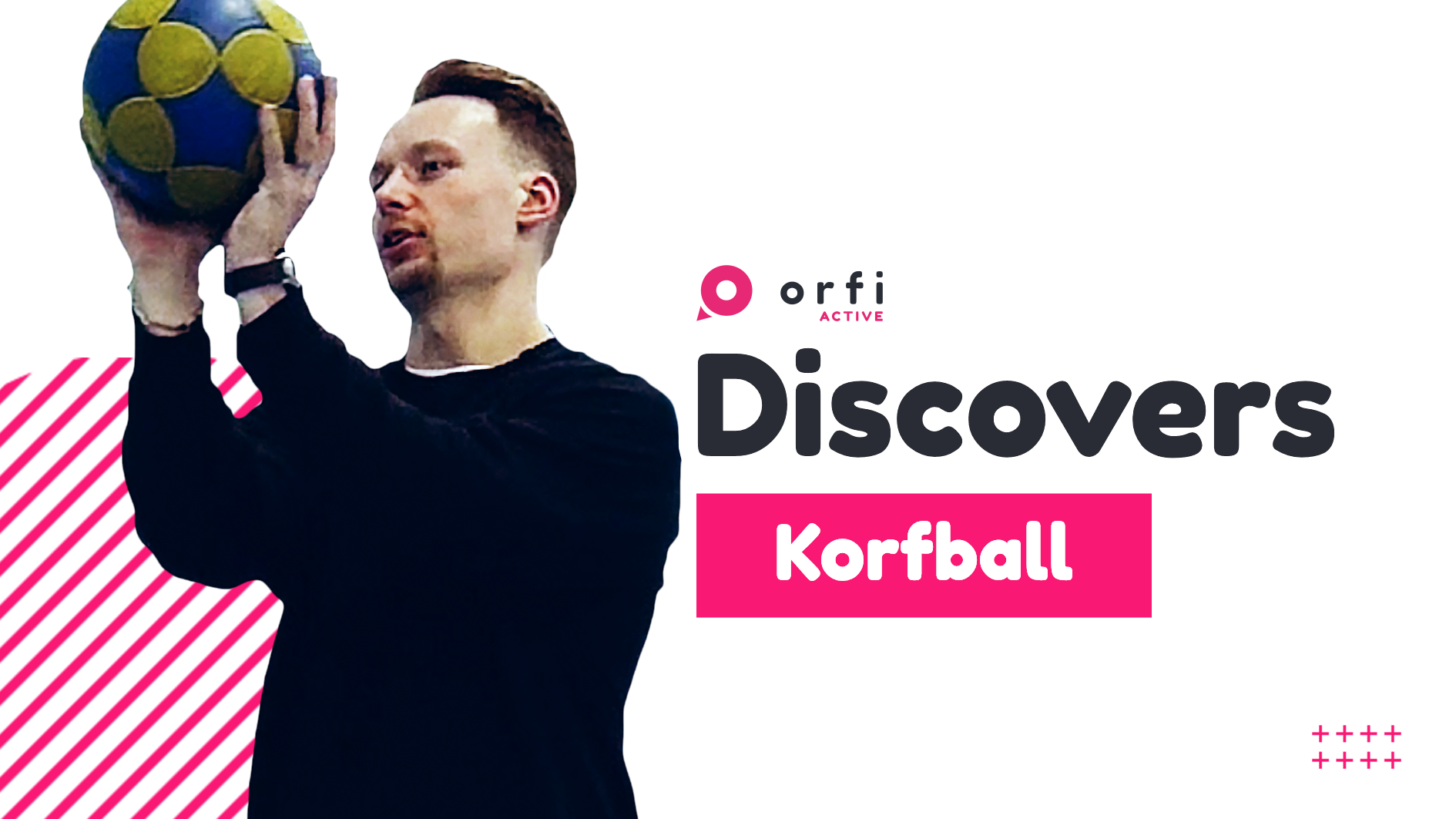 Welcome to Orfi Discovers, a companion blog to our Orfi Discovers series in which we explore sports activities and fitness classes that you may not have heard of, but we think you’d love. This time, we tried out the relatively unknown but extremely fun sport of korfball.

The history of korfball

Described as the only mixed-sex team ball sport in the world, korfball is a contemporary cousin of basketball and netball.

Two teams compete to throw the ball into a korf, a hoop raised three and a half metres above the ground.

Like netball, you can’t move with the ball, so you instead have to rely on quick passes with your teammates to get the ball into the korf.

However, the biggest difference from basketball and netball are the mixed-gender teams of four men and four women.

A post shared by England Korfball (@englandkorfballofficial) on Jul 7, 2019 at 5:45am PDT

Created in 1902 in the Netherlands by school teacher Nico Broekhuysen, korfball was brought to post-war England in 1946 after several teachers heard about the sport as a new way to get active.

Today, korfball is played in over 50 countries around the world, and is beginning to pick up a large presence in english schools and universities.

So, those are the rules, but what is korfball like to play?

To try out the sport, we joined with Manchester Hawks korfball in their weekly training session.

And it’s fair to say we got thrown straight into the deep-end.

After a quick tutorial, our basketball playing founder, Jonas, was placed into a game.

And while on the surface it might look pretty similar to basketball and netball, there are a whole lot of differences.

Shooting, passing and moving are all skills which need to be mastered in korfball, something which Jonas found out very quickly.

Despite this, being involved in the game was extremely enjoyable and competitive, as well as one serious workout.

A unique and refreshing aspect of korfball is the use of mixed-gender teams.

During games, four men and four women have to be on the pitch at the same time, and you are only able to mark a player who is the same gender as yourself.

This created a completely different atmosphere to more aggressive games such as football and rugby, and while still being competitive, added a new dynamic to team sports.

This was one aspect which really stood out for us and highlighted the idea that more sports could introduce mixed-gender teams in the future.

Training day! 🙌🙌🙌 See you at Parrs Wood tonight for another session. All welcome, no experience necessary! #Korfball #GetFitHaveFunMakeFriends #Manchester

While this could have just been down to the people at Manchester Hawks, we couldn’t help but think that the mixed-gender teams allowed a much more friendly and relaxed atmosphere, which is perfect when you are a beginner.

It was reassuring to know that everyone had advice or kind words to give throughout the session.

Whether it was tips on how we could improve our shooting (Which Jonas needed a lot of) or a little nudge into the position we were meant to be, everyone made us feel very welcome.

A mix of two sports

Those who have played either basketball or netball before might see korfball as a copy, but that’s not true at all.

A range of different rules to learn and playing styles to master makes it a completely original sport in its own right.

As a player of basketball himself, Jonas noticed the difference in movement around the court, particularly around the korf.

We also noticed that some players had played netball and basketball before, but had chosen to play korfball because of the friendly environment and uniqueness of the sport, making us think that we could be seeing a lot more people playing korfball in the future.

Still not convinced about trying it out?

We spoke to George, a member of the hawks, who told us just what to expect from playing the sport.

“You can come down any week to our training sessions and we’ll get you up to speed pretty quickly”, George told us.

“At first it will seem like something that’s completely weird and different, but once you’ve been to a couple of sessions you’ll be up to speed and know what's going on.

“There’s some schools who have started to pick it up recently and it’s good because you can have boys and girls playing on the same team, so it’s great to get everyone involved.

“So once that starts to happen a bit more, that’s when it will start to take off.”

If you couldn't already tell, we liked korfball… a lot!

From the amazing community to the fast paced game, everything about korfball felt right.

The exercise benefits of the sport also means that it’s a perfect sport to play to help achieve a healthy lifestyle.

Although the basics such as shooting, defending and passing might seem tricky at first, once you start to pick it up the game becomes a lot of fun, and we think you should give it a try.

As well as Manchester Hawks, there are plenty of korfball teams out there to join in with the fun, just check out the Orfi Active app for a club near you.

Cost (How expensive was the session) 4/5

Global presence (How widely represented is the sport) 2/5