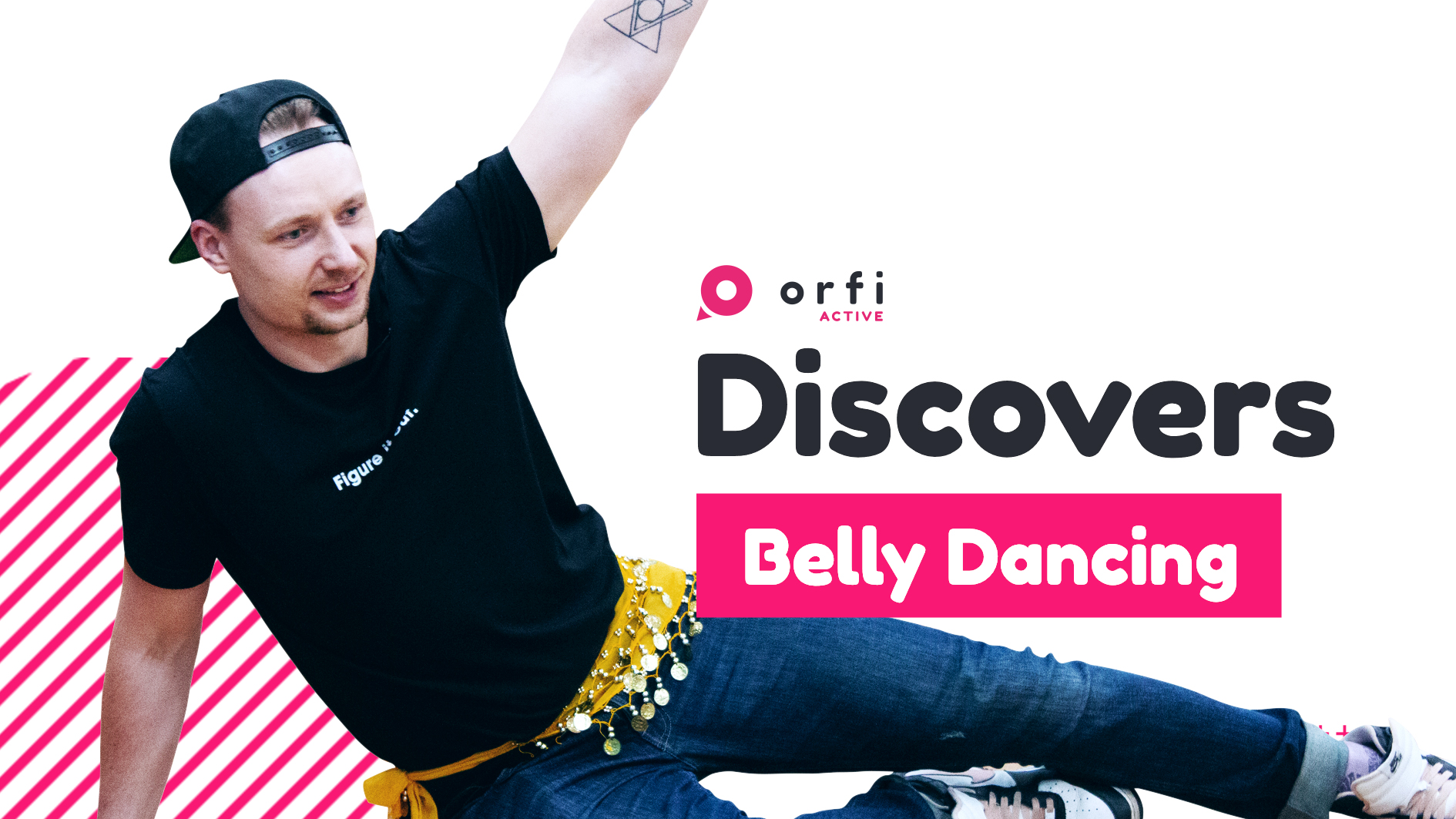 Welcome to the companion blog to our Orfi Discovers series, in which we explore sports activities and fitness classes that you may not have heard of, but we think you’d love. This time, we got our hips moving with belly dancing.

Originating in the Middle East but known throughout the world, belly dancing is an expressive form of dance known for its signature shimmies, shivers and vibrations of the hips and torso.

Stereotyped as a slow, seductive form of movement, belly dancing has been popularised in mainstream films and music from the likes of James Bond and Shakira.

But we wanted to find out if there’s more to the sport than simply its seductive charm, which is why we joined with the University of Manchester Belly Dancing society to take part in their weekly beginners class.

But before we went completely out of our comfort zone, we spoke to Jade, a member of the society, to get some information about what to expect from the class.

“I think a lot of people say that when they first come to our classes they are pleasantly surprised”, Jade told us.

“Most people who come to our classes aren’t dancers per se, they’ve not done any other form of dance.

“And sometimes dance classes can be seen as intimidating because you’re always comparing yourself to other people.

“But I think our classes are very relaxed, even though belly dancing takes a lot of skill.

“It’s very impressive to watch and I think a lot of people unfortunately see it as more about the showy aspect rather than seeing it as a physically demanding activity.”

After speaking to Jade, it was time to put on our coin belt and get active.

First of all, if like us your dancing is limited to nights out at the weekend, then don’t worry, because belly dancing is a great introduction to a more structured form of dance.

And while Jonas may have been the only guy taking part, Jade assured us that men are just as welcome to the class and that belly dancing is very much a mixed-sex activity.

The environment of the session was extremely relaxed, and as complete newcomers we were not only given some great advice, but also the patience to perform the moves correctly.

And as for the movements themselves, not only are they fun to learn but also satisfying to perfect, especially in a group.

But that doesn’t mean the moves themselves are easy...

While we weren’t exactly gasping for breath throughout the dance class, belly dancing is certainly a great workout for targeting underused muscle groups.

Shaking, sliding and shimmying your lower torso is (hopefully) a movement rarely seen in everyday life, so be prepared for some aches and pains in the days after.

If you're looking to tone your abs while having fun, then you should definitely give belly dancing a try.

One of the main appeals of dancing in general is the satisfaction of moving together in a group.

The moves of belly dancing are already difficult to pull off on your own, so being able to perfect them in unison with the rest of the class was highly rewarding.

Not only were we relieved that we could actually complete some of the moves, but could also cheer and have fun with the other newcomers too.

And when a routine is performed by experienced dancers, it looks amazing!

The culture of belly dancing

Our Discovers series is all about discovering new sports, communities and cultures, which was especially true with belly dancing.

Being able to experience the Middle Eastern culture through belly dancing was certainly worth the spins and shimmies, introducing us to a form of expression not regularly seen in the western world.

In truth, if not for this series we would have never taken part in a belly dancing class, but after finishing we felt like we one the one hand experienced a new sport, but also experienced a different culture and a new way to achieve a healthy lifestyle.

At first, we were rather nervous about trying belly dancing, but within five minutes, we were loving it!

From the jingling of the coin belt to the rhythmic shimmies and shivers of your hips, or even just the laughter after attempting a new move, there was plenty to enjoy during the class.

We haven’t found many fitness classes which match the exercise benefits of belly dancing while also providing an hour of fun.

That’s why we think anyone should give belly dancing a try at least once, regardless of gender, body shape, age or experience.

So if you want to try belly dancing for yourself, make sure to check out the Orfi Active app on the app store or google play to find a session in your local area.