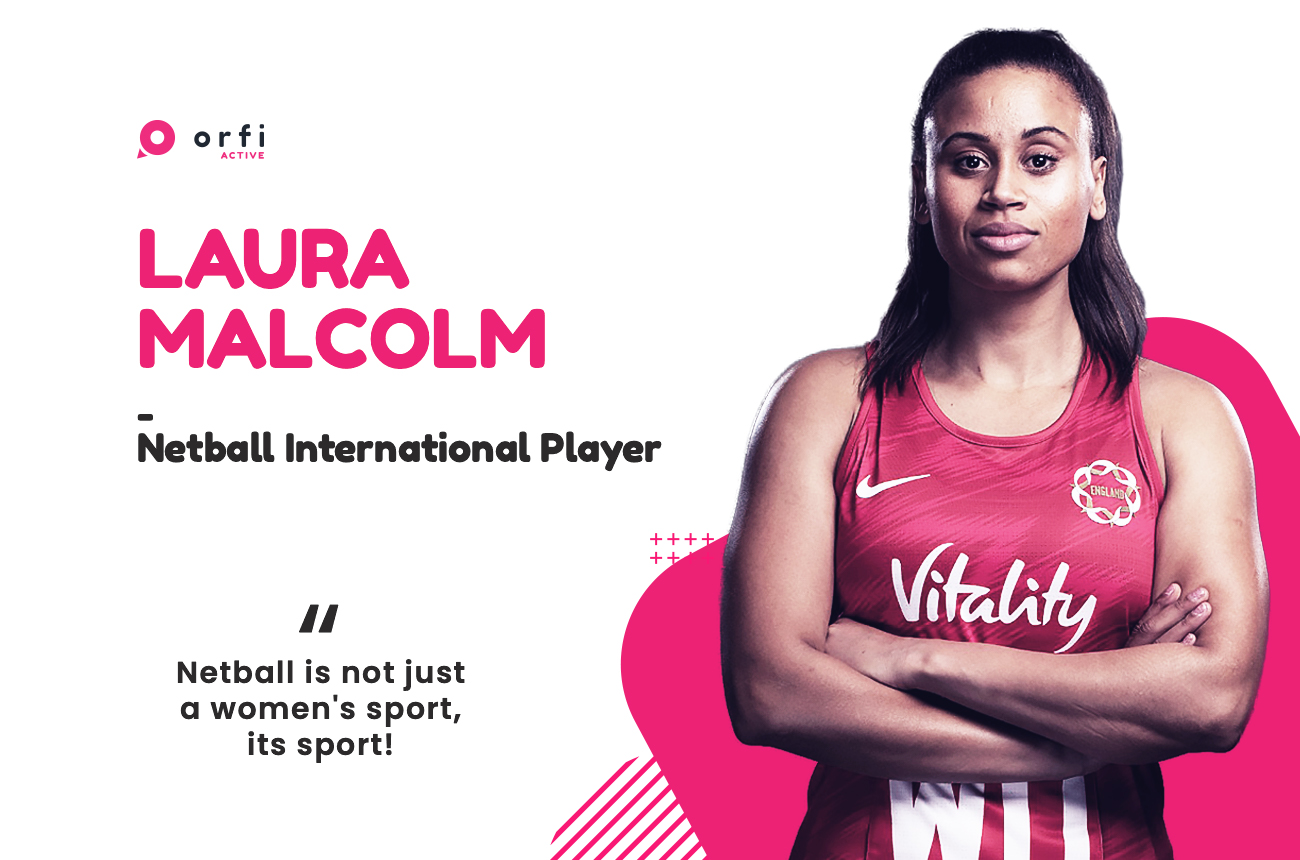 We’re recruiting ambassadors from the world of sport and fitness to help spread the word about Orfi Active. Our newest addition to the squad is England and Manchester Thunder netball star Laura Malcolm, who’s also using netball to get the next generation active with her business, Maias Netball…

Okay let me just say a few things on #iwd2020 .... - Firstly, HUGE shout out to all the @thundernetball fans, staff and players for throwing an incredible sporting event last night. I think all the players could feel how respected women in sport are these days, the atmosphere was amazing 🥁❤💪🏾#LOVEDIT - Secondly, there is this underlying sisterhood that we all have as players (hope I'm not on my own 😂) which makes you have a certain level of respect for each other no matter what team you play for! So I thought I would show some appreciation to one of the players who doesn't necessarily get the credit she deserves on international women's day! - Lauren Nicholls (@steaders_1) is just one of those people I have a lot of respect for. You may or may not know that she's had major injuries, set backs, balanced playing two sports at a high level and most recently had her first child (6.5 months ago) BUT shes always kept playing because she clearly loves the game. She's pretty open and real about the good and tough bits of motherhood on her social media, which I love, and I think that's what makes her a really inspirational woman 🤩... delighted to see her back on a VNSL court last night! - Here's a shout out to all of the women reading this...just like Lauren you can face and overcome the bad times, it's normal and okay to find things difficult in life BUT always make time for you and the things you enjoy. That's the self care and respect that will empower you forever! ❤💪🏾

Can you start off by explaining to our readers how and why you got into netball?

I started playing netball when I was 10/11 years old, but to be honest I just played every sport under the sun. I’ve got two older brothers and my dad is very into sport as well so I just kind of followed in their footsteps and then netball was just the one that took over all the others.

Do you think that’s important for young people to play as many sports as possible?

Looking at younger netballers now, they’re playing so much netball, and some of them get fed up with it before they even leave school. For me, I didn’t get serious with netball till I was a bit older, doing all the different sports just kept me enjoying it.

You get a better appreciation for sport in general by playing different sports.

Definitely, I couldn't agree more. How did netball separate itself from the crowd then?

I just excelled at netball, every time I went to a trial it seemed I was just pushed straight through and before I knew it I was playing for England! I just climbed up the ladder and there was a clear pathway.

Do you think that the grassroots of netball in this country are working?

And that’s where you come in…?

I decided to start Maias Netball because I wanted to do something for myself in the world of netball and take control of my career. And I also wanted to give other people the opportunity to grow their netball skills and knowledge, the same way that I can and have. That’s where it stemmed from really.

When I first started I wasn’t sure whether I’d just have kids who were interested, or just schools. But I’ve actually had a mixture of schools, universities and clubs, from little kids to older netball players.

That’s really encouraging for me because it shows that a lot of people want to take their netball to the next level. And that doesn’t just have to be girls trying to become elite players, it could just be them looking for a different kind of training session, for fresh eyes on a team.

That’s your aim at grassroots level, but I think you want to have an influence on the higher levels too, is that right?

Maias netball has never been about influencing a specific group. It's all about providing more opportunities for everyone to build on their game. I enjoy bringing something new to clubs and schools and I hope what I'm doing with Maias netball is helping this country move towards the next level of netball in this country.

Do you think that netball deserves more respect as a sport?

Absolutely! There have been so many successes in such a short space of time and after the England Rose's won Gold in the Commonwealth games and then went on to host an incredible Netball World Cup, netball is absolutely flying.

More people are watching netball, more people are playing netball and as a result I do think the respect is growing. We need to keep pushing on because people are starting to realise it's not just a women's sport, its sport!

Motivational stuff! What advice would you give to any young girls reading this blog who feel inspired by what you’re saying?

Sport is great for numerous things; friendships, healthy competition, staying active, the list goes on but above everything it is fun!

So find something you love and regardless of whether you are playing it in the park with friends or for your country ALWAYS make sure you play it with the biggest smile on your face!

And Maias can help girls to realise that?

I really want Maias Netball to help everybody demand more from their sport.

It doesn’t have to be about becoming an elite athlete, it’s just about getting what you want out of netball. Whether that be having fun sessions, getting fitter – it could be that you do just want to socialise, but there are different ways to do that.

I just want women to have this attitude of “I love sport, I love netball because it’s a great game, and I want to make sure I get everything I can out of it.”