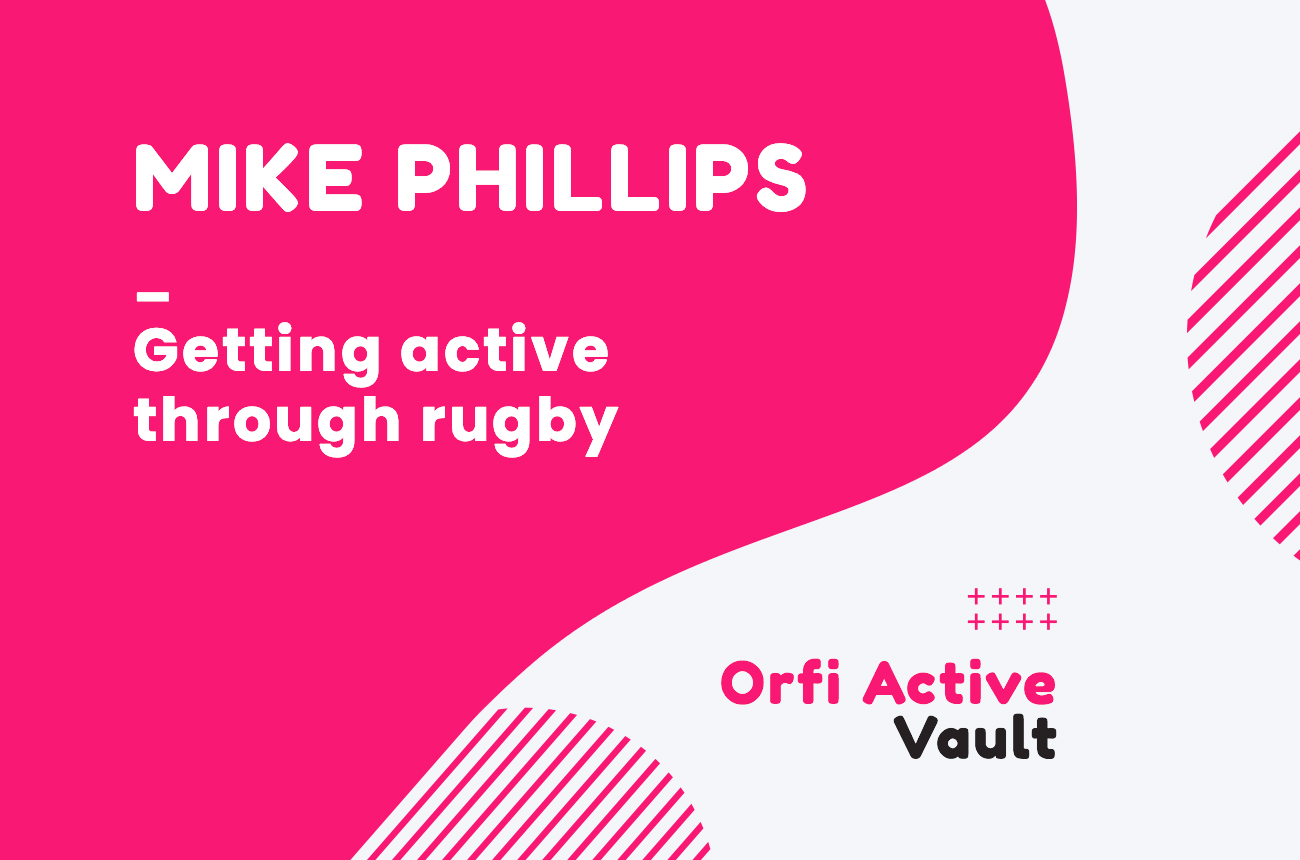 Orfi Active is more than just an app for organising and finding sports and fitness events – we want to use our platform to persuade people that active is for everyone. And that’s been our aim for years, stretching back to our time as Hoops Connect, when we interviewed famous and inspirational figures from the world of sport to communicate this message. So, we’re digging through the vaults to republish some of our favourites. Ahead of the crucial six nations clash between England vs Wales, we spoke to Wales rugby union legend Mike Phillips.

Mike Phillips: Getting active through rugby

Brought up in west Wales by a rugby mad family, the odds were always strong that Mike Phillips would grow up with an egg-shaped ball in his hands.

But the 34-year-old was to play football, cricket and tennis alongside his rugby long before he decided to commit his future to the sport.

Once he did however, he was en-route to creating a career that will rate as legendary in the history of the sport in his country.

With 94 appearances for Wales he has more caps in the red shirt than any other scrum-half, and he has added five more international appearances in the jersey of the British and Irish Lions, across two tours.

Fantastic 3 days with @llanishenrfc1 Next one is in @penarthrfcofficial Only the one day, 5th August 8am to 4pm 👍🏉 See you in Penarth RFC

Play rugby and have fun

All of which goes to say, there aren’t many people better qualified to tell us why people should get involved in rugby themselves.

“The values that rugby has –­ it’s about working hard, being honest – you can have those values in your everyday life and good things will happen to you,” he told us.

“If you’re an honest person and you work hard, good things will happen.

“In rugby there’s that respect there, you go out onto the field as players and go toe-to-toe but afterwards you shake hands and you get on with the opposition.”

The power of sport

“It keeps you feeling fit and healthy, it makes you feel better"

For Phillips, dreams of playing rugby for Wales came hand-in-hand with watching the national team from an early age.

But his love for the sport didn’t stop him from excelling at other disciplines, and he joked that football was actually his first love, not rugby.

“It keeps you feeling fit and healthy, it makes you feel better – every time you put a good session in it puts you on a high. You’re doing it with your friends and you’re having fun.

“I love all sports across the board, and I much prefer playing them to watching them. It’s been a big part of my life.”

But how can you make rugby part of your life? Some may find the idea daunting of playing a sport that – at the professional level at least – seems to be defined to a large extent by physical strength.

That shouldn’t be a deterrent. Most clubs will have several teams including ones at a steady level, and even just training will help to get you fit, teach you new skills and meet new people.

“Just enjoy it, and give it a go, because it’s a great way of meeting people and having fun,” he said.

“Go out there and practice and I’m sure people will fall in love with it because you meet great people and the values it instils will put you in good stead for life.”