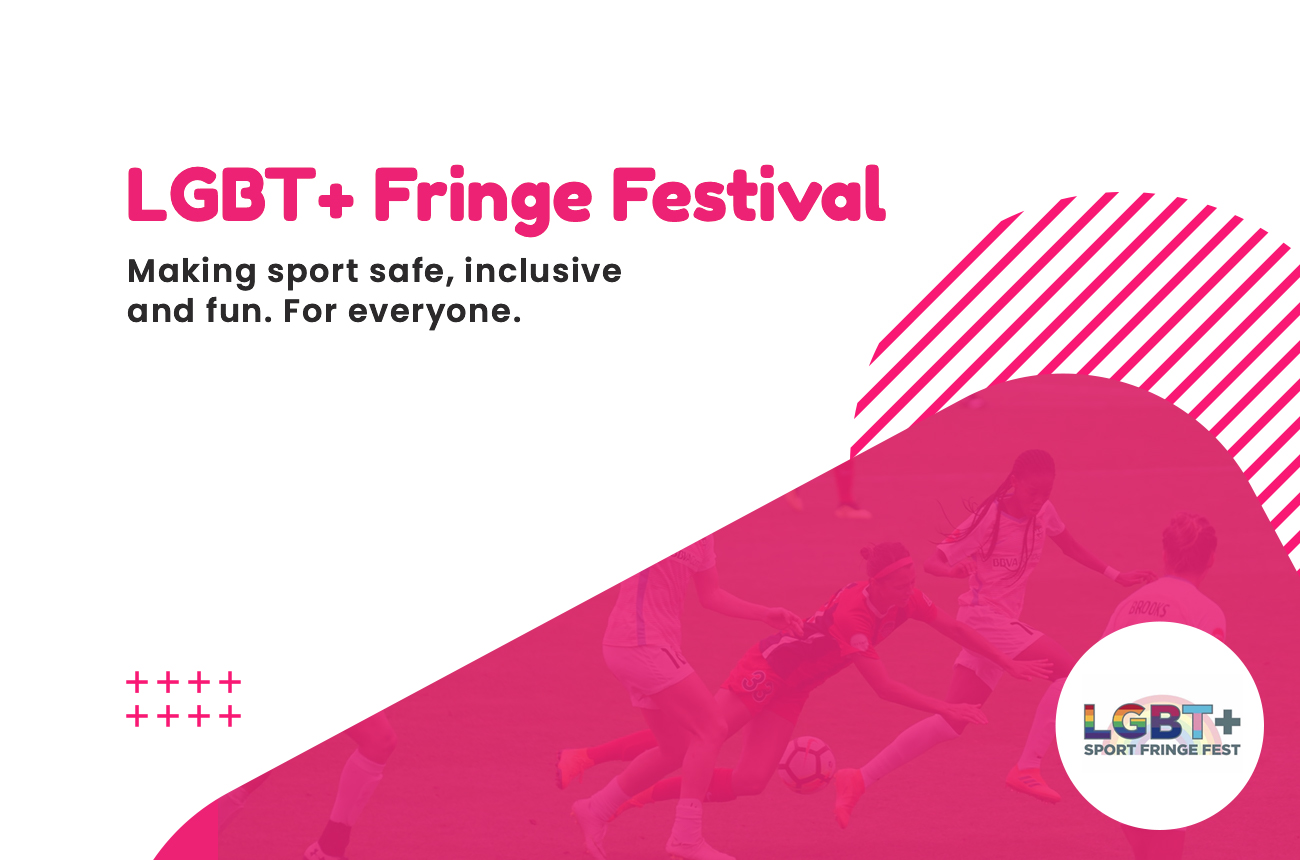 At Orfi Active, we believe that sports and fitness should be available for everyone.

Regardless of age, gender, race or sexuality, there should be no barriers to keeping fit and healthy.

However, recent months have seen a sharp rise in hate crimes and attacks on LGBT+ sports groups, particularly in amateur football.

We wanted to speak LGBT+ sports groups who are changing people's lives through sports and fitness.

The LGBT+ Sport Fringe Festival was set up by Danny Silk, and has been getting members of the LGBT+ community active for nearly half a decade.

“We’ve done three successful festivals where we have had between 2,000 - 3,000 people taking part.

“The festivals, rather than covering one particular area, take place across whole cities such as Leeds, Bradford and Durham and involve a range of sports and clubs.

“We are just trying to introduce people involved in sports and fitness activities who might not have gotten involved before.

“The festivals promote anything that improves a person's health, both physically and mentally, from touch rugby to 5-a-side football, and the feedback we are getting online at the moment is brilliant.”

1-8 members of the LGBT+ community avoid going to the gym or participating in sports groups because of fear of discrimination and harassment.

Why is the festival so important?

According to Stonewall, a campaign group for the equality of lesbian, gay, bi and trans people across Britain, one in eight members of the LGBT+ community avoid going to the gym or participating in sports groups because of fear of discrimination and harassment.

Additionally, one in ten who attended a live sporting event in the last year experienced discrimination because of their sexual orientation and/or gender identity.

Therefore, events such as the Fringe Festival are hugely important for getting the LGBT+ community into sports and fitness in a comfortable environment.

“We aim to combat homophobia, transphobia and biphobia in and out of the LGBT+ community,” Danny informed us.

“One thing that we are keen on is targeting sportphobia. A lot of people from within the LGBT+ community get this preconception that they are unable to take part in any kind of sport because of their sexuality or gender identity.

“For a lot of people, we are their first introduction into sport after leaving school.

“Starting to get active again could involve anything from playing football to walking a dog in the park.

“Our main goal is to change members of underrepresented groups' lives through exercise and fitness.”

'People might think that it’s just a bit of banter, but it's abuse'

But while Danny and the Fringe Festival are trying to make sport more accessible for the LGBT+ community, it seems that other members of sport and fitness are trying to prevent this.

Last month, the LGBT+ amateur football club Village Manchester FC were subjected to a barrage of abuse and attacks during one of their games.

According to The Guardian, the players of Village Manchester were ‘subjected to toxic homophobic abuse by opponents at a match on 11 January.’

Further to this, recent reports of homophobic chanting in football grounds such as Chelsea and Millwall highlight a problem in sport.

“There are a lot of outed athletes in sports like athletics, but when it comes to football, not so much,” Danny explained.

“I believe that there’s probably hundreds of footballers out there that are gay or have their own gender identity, but the individuals want to keep it secret.

“It’s pressure from the management, they don't want there to be any heckling in the stands which affect sponsorship, but there’s loads more factors involved.

“I think football is the major sport where people get heckled.

“I’ve worked closely with the Yorkshire Terriers Football Club and they have received homophobic abuse.

“People might think that it’s just a bit of banter, but it's abuse.

“It just needs to stop.”

How can attitudes change?

Clearly, there are still attitudes that need to be changed in today’s society.

But where do these attitudes come from, and what has sparked such a rise in abuse towards the LGBT+ community?

“I think the main culprit is the British press, they make such a big deal of people such as Philip Schofield coming out as gay and it’s blown out of proportion,” Danny said.

“The fact that he has to make a big statement shows that the society we are living in is not quite there yet.

“But it just means that organisations like the Fringe Festival are very important for giving people access to and an understanding into the LGBT+ community, and the difficulties they face within sports and fitness.

“I myself lost my mother last year, so doing stuff physically really helped me overcome some mental issues.

“A lot of people suffer from depression and anxiety, and even just a run or walk in the local park does help.”

Orfi Active fully supports the efforts of Danny and many others trying to make sports and fitness more accessible for the LGBT+ community.

With growing events like the Fringe Festival, we are confident that attitudes will soon change.

However, in order for this to happen, major sporting governing bodies such as the FA and media publications need to actively promote this too.

No one should be intimidated away from getting involved in sport, and the way to combat this is to create welcoming and hate free environments for all communities.