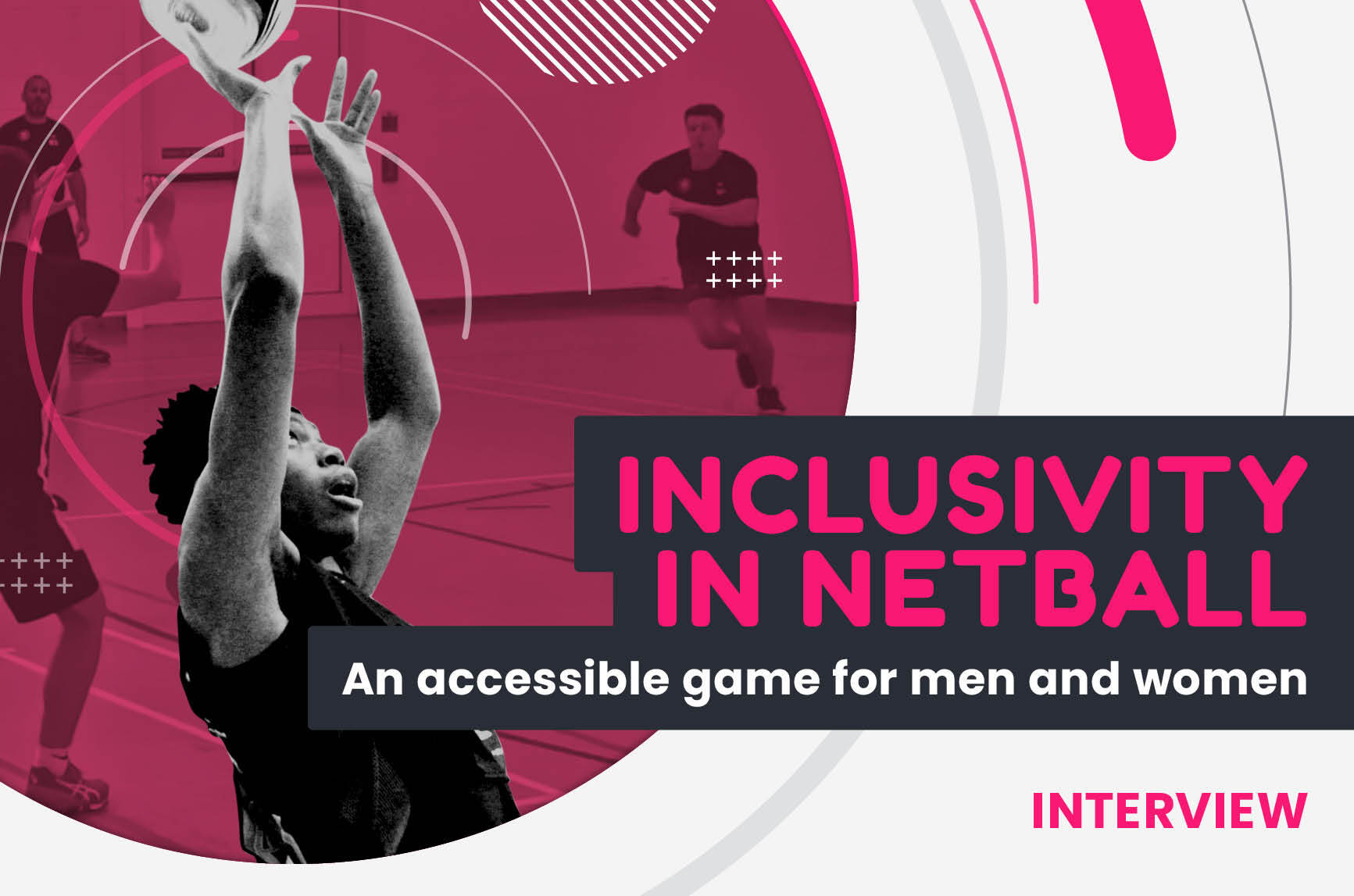 At Orfi Active, our goal is to help make getting active more accessible.

That’s why we want to highlight some of the clubs and communities revolutionising the way anyone can get involved in sport.

Inclusivity in Netball: An accessible game for men and women

When you think of traditional English sports, netball is always near the top of everyone's list.

As a staple of school PE lessons, combined with recent World Cup and Commonwealth success, there aren’t many more established sports in the country.

To find out, we spoke to some of the netball communities in the North West, aiming to make netball accessible for everyone.

Tackling issues of inclusivity is Joanna Wilks, founder of Play Simple Netball, a league encouraging women of all abilities to get on the court.

“If you’ve grown up playing netball in a competitive environment, there’s plenty of opportunities out there for you.” Joanna told us.

“But a lot of girls in particular drop out from the ages of 14 to university.

“And when they want to get back into netball, the gap is so great that they find it hard to step into straight away.

“What we offer is the opportunity to play at the right level.”

Struggling to find opportunities to play netball after moving to Manchester, Joanna launched Play Simple Netball to provide an alternative to the usual club setting.

Taking a pivot away from competitive trials and selection processes, the league instead focuses on making netball accessible for everyone.

And with most women having played netball at a young age, getting back into an already familiar, fun activity can be hugely beneficial both physically and mentally.

“I like being part of a team,” Joanna continued.

“It’s got me through some really tough times. your head might be all over the place, but then you can turn up to play and all you think about for the next hour is that game.

“I definitely rely on netball for my mental health, I enjoy being part of a team, I've made some great friends.

Play Simple Netball, along with the likes of This Girl Can and Back to Netball are ensuring women across the country are having the opportunity to get active and healthy.

But this still leaves out half the population from the sport…until now.

In recent years, men’s netball has been emerging in pockets of the country, with teams forming in London, Yorkshire and Manchester.

Naturally, we wanted to learn more, which is why we spoke to Declan Kohl, President of Northern Titans Men’s Netball Club, to get some insight into why men should be getting involved in the sport.

"There’s just something different about netball that caught my attention"

“The club first came about when me and a uni friend started playing some mixed netball in a social league,” Declan told us.

“In our mixed league there were about 60 guys playing each week, but that was as far as it could go for them.

“It gave us a reason to start up our own men’s club in the north.”

Breaking barriers within a typically female-dominated sport, the Northern Titans have been running for almost two years, providing men with the opportunity to play on a regular basis.

And with good reason too, while not typically well known in the UK, men’s netball is much more popular abroad, particularly in southern hemisphere countries.

In Australia, netball is not only one the most popular sports for women, but is also hugely popular for men, with over 20,000 estimated to be playing the sport each year.

But unfortunately in the UK, mixed netball is only allowed under the age of 11, meaning there’s no pathway for boys to take part in netball after primary school.

“I first started playing netball in high school, when the PE teachers got the boys basketball team to come and play against the girls netball team,” Declan continued.

“And because there wasn’t much of a basketball scene in the local schools, we just started playing netball matches against the girls in the last few years of school.”

Until recently, netball has been very much limited to female participation, and while getting women active cannot be understated, it’s about time the sport was made accessible for all.

In 2019, the England Men’s & Mixed Netball Association was formed, with a clear goal to bridge the gap for boys aged 11-16, where opportunities to play netball are limited.

And with netball offering something completely unique, it’s easy to understand why more people should be trying it out.

“It’s a fast paced sport, you don't have loads of dead time like you do in something like football.

“It’s a team sport which is great for seeing people multiple times a week and having those people you’re used to playing with all the time.

“There’s just something different about netball that caught my attention.

In a sport clearly offering something unique, fast paced and accessible, there’s no reason why netball should be limited to female participation.

And while there is still a clear need to focus on making sport more accessible for women in other sports such as football, rugby and cricket, inclusion for young boys as well as girls can only be beneficial for the future of English netball.

Get active through netball

In recent years, netball has gone from a sport hovering on the side of elitism, to being a truly inclusive sport.

Alongside clubs allowing competitiveness up to the highest level, there’s also now opportunities for newcomers to get involved with leagues like Play Simple Netball.

And not only are we seeing the rise in women taking up the sport for the first time since school, but are also seeing men getting active on the court.

However, at Orfi Active, we think this is just the start.

With a netball community in place for new & experienced players, as well as male and female, we want to make it easier than ever to find and join these sessions.

So if you’re looking to get involved in the sport, or want to make your own club more accessible, make sure to get in touch.