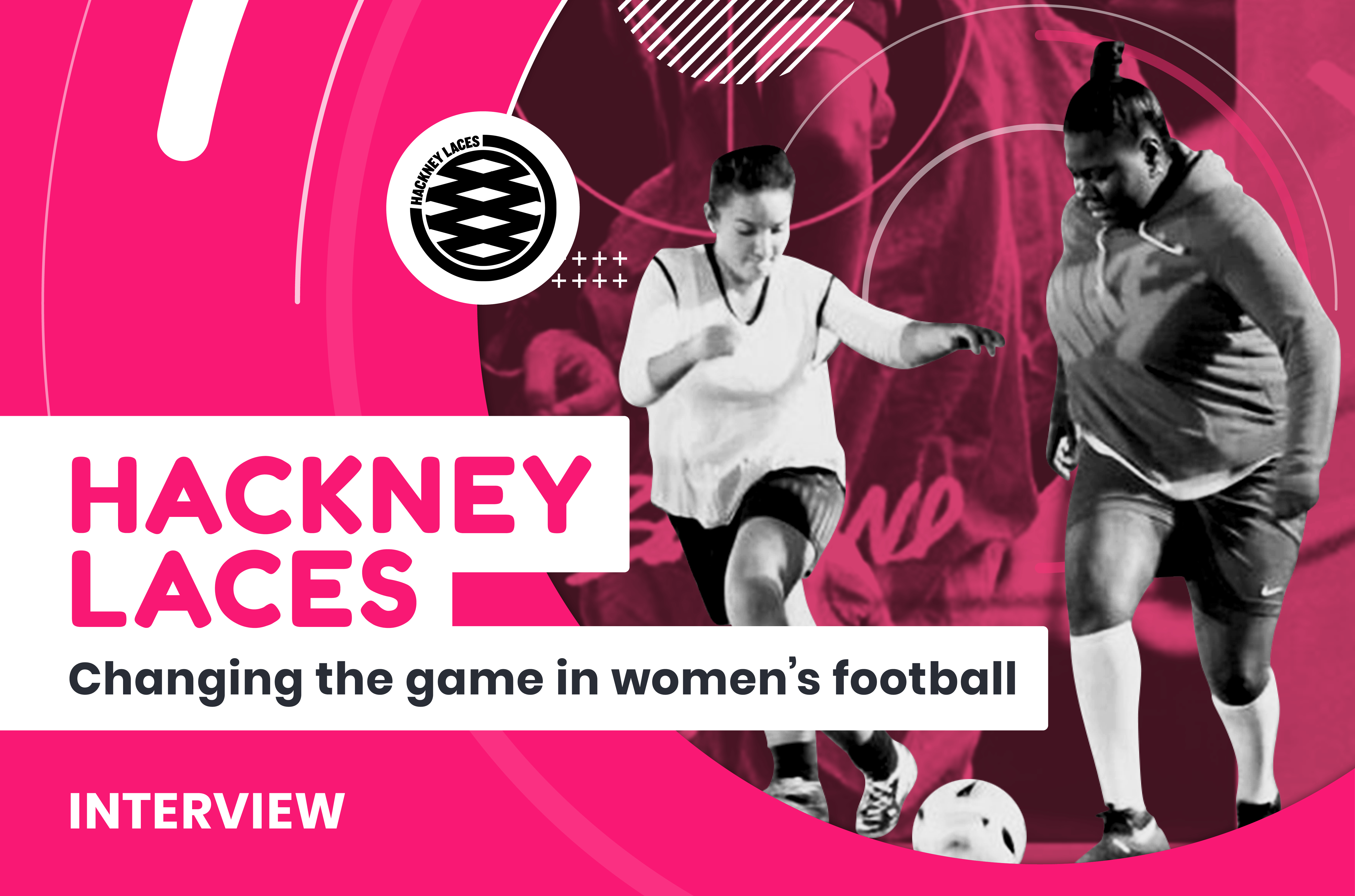 At Orfi, our goal is to help make getting active more accessible.

That’s why we want to highlight some of the clubs and communities revolutionising the way young girls and women get involved in sport.

In 2019, the England Lionesses semi final World Cup match became one of the most watched live sporting events of the year, reaching almost 12 million viewers and gaining nationwide mainstream attention.

A refreshing surprise then, for a sport traditionally described as a ‘man’s game’.

So does this mean we are finally seeing the emergence of women’s football across the country?

Well, at Orfi Active, we’re dedicated to making sports and fitness more accessible, meaning we naturally wanted to find out how inclusive women’s football actually is.

To find out the past, present and future of women’s football in the UK, we spoke to Katee Hui, the founder of Hackney Laces, to discuss how far the sport has come in recent years.

“I set up (Hackney) Laces in 2011 because I couldn’t find any opportunities in my local area for girls and women to play”, Katee told us.

“I would call organisations and say ‘I want to do girls football’ and they’d reply saying ‘there’s not enough demand’.

“But I knew this was a lie, I’d get approached by girls all the time who lived in my community saying to me ‘do you know where I can play’.

“I was coaching at the time and I thought I’ll just set one up in my own area, which was Hackney and we’ve grown from there”.

After moving to London from Canada, Katee noticed a distinct lack of opportunities for women to play football, something she’s been changing ever since.

Coming up to their ten year anniversary, Hackney Laces have been providing weekly football sessions to young girls and women for almost a decade.

As for their aims?

Well, they want to give women the chance to join in with a sport that has been sorely overlooked for far too long.

“We want to give people the best, funnest, safest place to fall in love with the game.

“It’s important for us just to get people into it who might not have known they liked it.

“We’ll have a 45 year old woman who's just joined and doesn’t know what to do, but you have 13 year olds in the sessions too who are basically teaching them.

“Younger girls have grown up with it but the older generation never had the chance when they were younger.

“It’s a really nice dynamic, different generations enjoying it together.”

Teaching skills on and off the pitch, the Laces allow girls of all ages and abilities to come and take part in an inclusive footballing community.

Something which, according to Flossie, Hackney Laces’ marketing and operations manager, was woefully lacking when she was younger.

“I remember playing football in primary school with boys, running circles around them in the playground"

“I actually used to play in London with a team called Hampstead FC and I played there from 7 to 14, but the environment was highly competitive, different to Hackney Laces”, Flossie told us.

“I remember playing football in primary school with boys, running circles around them in the playground, but we tried to set up a girls team and found that there were just no other primary schools to play against.

“That was the origin of me finding out that there was a real problem.

“When I went to secondary school it was either Netball or Hockey, I was never given the opportunity to play football."

As suggested by Flossie, the popularity of women’s football has only just started to realise its potential.

According to the Football Association (FA), the number of women footballers has doubled (3.4 million) in the space of just three years.

And after speaking to Katee, it was pretty clear why women’s football is only now on the rise.

The History of Women's Football

“It was illegal for girls to play football up until the 1970s”, Katee informed us.

“The FA banned women from playing, so it shouldn’t come as a surprise that it isn’t popular because some of the people who lived through these times are still around and still in positions of power.

“The more visible women’s football becomes, the more people that will see it and will want to play it.

“Then the more people that want to play it, means more teams will come and then all of a sudden you’ve got this brilliant ecosystem.

“But it took a really long time for it to get to the point where broadcasters would cover it.

“You can now become actively involved in following the women's game because it’s so much more visible than it was in the past”.

Finally then, the mainstream media’s coverage of women’s football means young girls are getting inspired to join in with the beautiful game.

Televised FA cups finals in packed stadiums are allowing young girls to see their sporting role models in person, supporting their teams in the same matchday experience as boys.

And transitioning from prehistoric pundits such as Andy Grey and Richard Keys to the likes of Alex Scott and Karen Carney in the past 10 years further helps to show that football isn’t just a ‘man's game’.

With more coverage comes more demand, which is exactly where Hackney Laces can help, even during a national lockdown.

“When we shut down in March we immediately thought that we’ll move everything online”, Flossie explained

“We also had footballs delivered to all of our girls' houses so that they had a ball at home.

“We created these playing cards too, a deck of queens.

“Every single card has a different challenge on it from physical ones to social ones, there’s mental health ones, ones about helping your neighbours or family, and advice from coaches, so you draw a card everyday and do it.

“We’re just trying to give moments of joy to the girls because it’s been such a hard time. I think they just want to be a part of something Laces related again.

“A lot of people are fed up with being inside and they see Hackney Laces as an opportunity for a bit of fun more than anything else. People are really craving a team atmosphere over a run or a workout.”

But while it is clear that women’s football has come a long way in recent years, there’s still so much more room for growth.

“Our immediate plan this year is to celebrate our 10 year anniversary, so we’ll be doing a lot of tournaments and partnerships to celebrate that we’ve made it this far,” Katee informed us.

“But our overall goal is to get as many people playing the sport as possible.

“We want to get girls and women falling in love with the sport.

“We’re in three London boroughs at the moment but we would love to expand to other places.

“That’s really exciting for us because sport is something that should be shared and communities like Laces should be able to grow, not kept closed and monetised.

“We just want to have as many people playing as possible.”

The Future of Women's Sport

At Orfi, we believe that ‘active is for everyone’.

No matter what age, gender or ethnicity, access to an active and healthy lifestyle should be a core in anyone's routine.

But in the past, this has been far from the case for football.

However, thanks to communities like Hackney Laces, along with the improved media coverage seen in recent years, young girls are now able to experience football and get involved in Britain's most popular sport.

But we hope that this is just the start.

The example of Hackney Laces can provide a blueprint for other football clubs and communities to open their doors to the next generation of young girls.

And we can’t wait to see this happen!